Tyson Fury vs. Tom Schwarz: What You Need to Know

Many consider him the best heavyweight boxer in the world. He beat long-reigning world champion Wladimir Klitschko and rose from the canvas in almost impossible fashion to outbox (but draw) with the explosive Deontay Wilder. He’s never lost a fight. He’s huge, he’s skillful, he’s confident. He’s Tyson Fury. And his next fight is around the corner.

It’s not a rematch with Wilder. Not yet. It’s a scrap against the German fighter Tom Schwarz. Beat his opponent and the rematch with The Bronze Bomber is all but confirmed. Lose and he’ll have to start all over again…

Tale of the tape 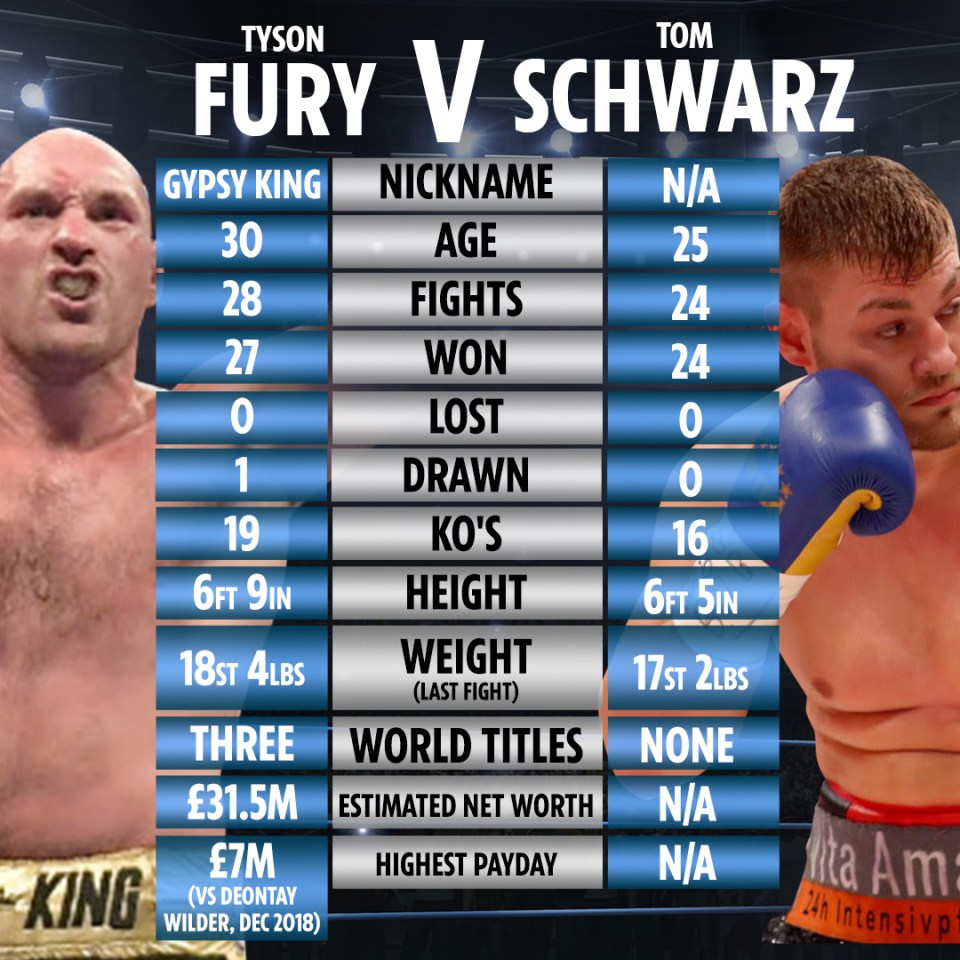 Where, when and who? 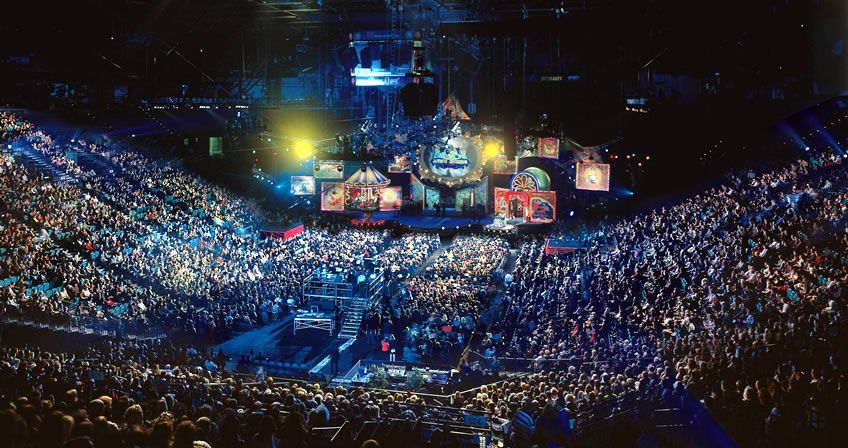 The fight is going down this Saturday night (June 15th) at the famous MGM Grand Casino in Las Vegas, Nevada. Because of the time difference, that means we’ll have to pull a late one here in the UK. As is often the way with these Vega fights, ring walks will likely start at around 4am, with the fight kicking off in earnest at around 4.30am-5am.

Fury’s opponent, Herr Schwarz, isn’t a bum by any stretch. But he’s no worldbeater. His record is (technically) impressive at 24-0-0. However, the man’s calibre of opponents have been of pretty low quality.

(more fights to be announced)

What the fighters are saying

“I box because I like to keep happy and it keeps me happy to fight. I plan to box until I can’t box anymore. I feel fantastic at the minute. Boxing keeps me really happy, and I’m very happy with where I am in my life at the minute. I want to box on. I don’t see myself retiring. I just turned 30 years old. I’ve got over 10 years left in this game, so you’ll have to keep seeing me for the next 10 years, I’m afraid. Keep entertaining, keep putting on great shows.”

“The only title that I care about is the lineal championship of the world. It goes back a long, long way, and that’s the one I’m defending with pride and honor.”

“You can never overlook anybody because it’s heavyweight boxing and Tom Schwarz knows if he beats Tyson Fury then he’s set for life. He becomes a multi-millionaire, he gets to headline big shows and all his dreams come true. So am I going to underestimate a guy like that? I don’t think so, not at all.”

“If you look at the Ring Magazine ratings, I think they get it quite right. I think that’s the official ratings of today, the most fair, the most accurate.”

“I love Las Vegas. This is a great opportunity for me. I’ll win this fight. I’m ready. I’m fighting for my family and my country. I have a lot of inspiration. I’m ready to shock the world. This is a great time in the heavyweight division, and I am happy to be part of it. On Saturday night, it’s my time. I am prepared. Tyson Fury picked me for a reason, and I promise a great fight, a dramatic fight, and a memorable moment for all boxing fans.”

“My trainers and I have seen every fight of Tyson’s many times. We’ve analyzed his style and have prepared our best strategy. I have a surprise for Tyson Fury, and he will see what it is on Saturday night. I take inspiration from German heavyweights of the past, including Max Schmeling. It might be time for a German heavyweight to shock the world again.”

Where can I watch Tyson Fury vs. Tom Schwarz?

You’ll have to shell out nearly £20 to watch it on BT Sport Box Office. And most pubs and bars won’t be open late enough. Streaming is illegal, not to mention unreliable and annoying (we’ve heard). So your best bet is to head down to your local Rileys for it. We’ll have every second on our big boy screens…

Tom Schwarz to score a knockdown – 9/1

We saw recently how you should never underestimate a heavyweight fighter. Few people gave Andy Ruiz Jr. a chance against Anthony Joshua, but the chunky Mexican-American fighter cleaned the floor with AJ. So Fury will know that Schwarz can derail his career…

That said, Fury will win this. He may choose to keep the fight going a little and pick off his foe in a later round. Our prediction? Tyson Fury to win by KO between rounds 9-12 at 6/1.

TYSON FURY VS TOM SCHWARZ WILL BE LIVE AT SELECTED RILEYS VENUES.

UPGRADE to our Ringside Tickets for the best seat in the house, a drink on arrival and a burger and skin on fries for £14.99 per person.

Tickets for our Haymarket venue in the West End can be purchased through our Ticket partner, Design My Night by clicking HERE.

Please be aware there may be a last admission time at venues, please contact your local venue for this information.
Over 18’s Only.