Taking place every other year, the African Cup of Nations sees the very best of the continent’s footballing talent converge on one country and battle it out to see who reigns supreme. This year, the 32nd tournament of its kind comes to the world from the home of the Pyramids, Egypt.

The first African Cup of Nations to take place in the summer months, it gives football fans yet more chances to enjoy some of their favourite sport, alongside the Women’s World Cup, the European Under-21 Championship and the Copa America. It kicks off soon and we’ll be tuning into all the action. Before we do, though – let’s take a look ahead at what to expect, shall we?

The North African nation of Egypt saw off rival bids from the Ivory Coast, Cameroon, South Africa and fellow northerners Algeria in order to win the tournament and host the 2019 Cup of Nations. It’ll be the fourth time they’ve played hosts (the last time was back in 2006).

Three Cairo stadia will see games, including the Cairo International Stadium, with its 74,000 capacity. Alexandria, Suez and Ismailia will also put on matches.

The competition – said to be the biggest in its history – will take place from June 21st to July 19th. The opening game is set to be Egypt vs. Zimbabwe on Friday night. Kick off is 9pm.

The final is on Friday the 19th of July at 8pm.

How the tournament works

It’s a familiar format… Group stages and then knockouts. So the same way the Champions League, Euros and World Cup is set up. 24 teams will eventually be whittled down to just one.

There’s also a third place play-off two days before the final (where it’s straight to penalties in the event of a draw after 90 minutes).

Countries and players to watch out for 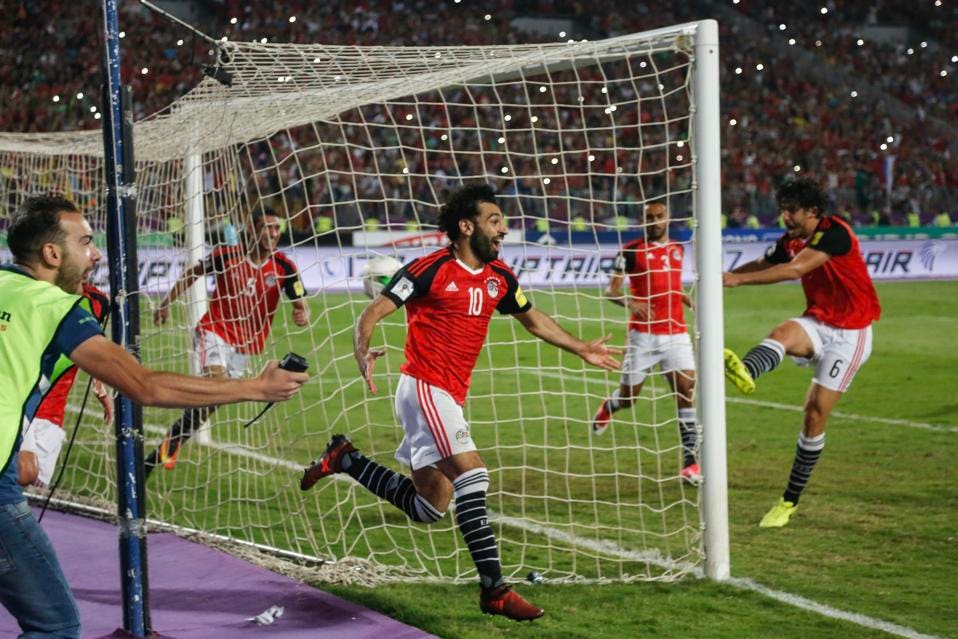 Hosts Egypt are going to be a lot of pundits’ picks. With their fellow North Africans Morocco, Tunisia and Algeria all fancying their chances. Plus there’s Ghana, Ivory Coast, Cameroon, Senegal and Nigeria to watch out for too, of course.

As for players? Well, you know the big boys. You don’t need us to tell you that Mo Salah and Sadio Mane are decent. But here are two players you might not have heard of:

Where to watch the Cup of Nations

If you’ve got Eurosport 2, you can watch it on there. But if you don’t have Sky TV and pay the additional fee to unencrypt the channel, you’re out of luck. Oh, no – wait. No you’re not! You can head out to your nearest Rileys. We’ll be showing all the African Cup of Nations games.

As you’d expect, Salah & Co. are leading the betting at 9/2 to win the thing outright. They’re strong, they’ve one of the best players in the world as a talisman and goalscorer and they’re on home turf.

If you fancy a singles bet on the first game, you’ll find very little value in hosts Egypt at 1/3. You can plump for the outsiders though and find Zimbabwe at 20s.

It’s tricky to look past the hosts, with Salah on board and a record number of wins in the competition (seven and counting). But at 4/1, no tangible Plan B and so many other teams of real quality, they don’t appeal to us.

Aissa Mandi, Sofiane Feghouli, Youcef Atal, Yacine Brahimi are all quality, as is Baghdad Bounedjah – who’s scored 9 in his last 9 for The Fennecs. Up top next to Andy Delort and with none other than Riyad Mahrez behind them, that’s some team. And they’re available at decent odds

They’re our pick to win, despite underachieving in this competition historically. So, then… That’s Algeria to win at 14/1. The more prudent of you may want to half your odds for an each-way bet that pays out if they reach the final (7/1 for Algeria as finalists).

The African Cup of Nations might not rock the globe quite like the World Cup, but in Africa – of course – it’s huge news. And for us, it’s a great opportunity to watch some international football, check out some players we might not know of and just enjoy watching an international tournament that isn’t dominated by all the hopes, worries, highs and lows of England being there!

If you fancy watching the odd game with us, we’d love to welcome you. Head on in for a game, a few drinks and a bite to eat.

See you down there.